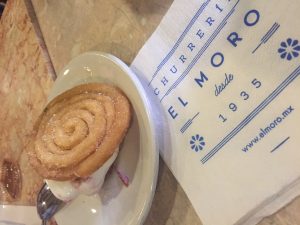 Demand for fried churros dusted in sugar and dipped into chocolate sauce begins at breakfast and continues all day at Mexico City’s historic El Moro churreria open since 1935. 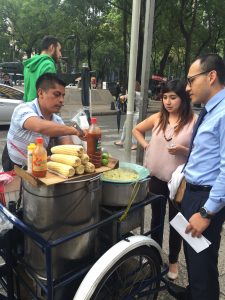 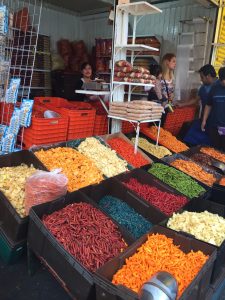 Bustling food markets such as the Mercado Merced boast rows of colorful candies from lollipops to marshmallows. But wait…there’s a happy healthy side to Mexico City! 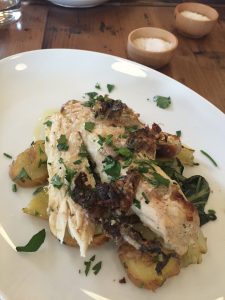 There’s a healthy side to Mexican food emerging in this city’s exciting culinary scene. Fish flown in daily from the Pacific coast is simply grilled and presented on top of wilted greens and sliced golden potatoes with a side of locally foraged mushrooms at chef Jair Tellez’s newly opened Amaya restaurant and wine bar. 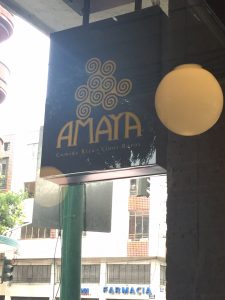 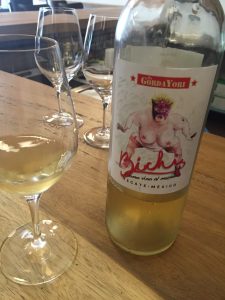 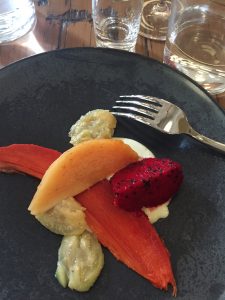 A light dessert at Amaya is a sampling of Mexico’s unique fruits including bright pink prickly pear and dark orange mamey served with a touch of fresh cheese scented with anise.

Roof Top Vineyards in the City 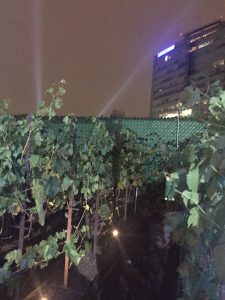 At Vinocola Urbana, a restaurant set in a demonstration vineyard planted on a rooftop, the Baja California grown wines are paired with traditional dishes for modern palates including squash blossom soup and yellow rice wrapped in nopales (cactus leaves). 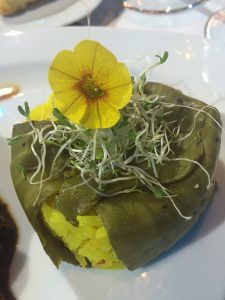 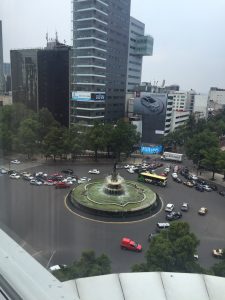 Central streets are closed to traffic to Sundays and open only to cyclists and pedestrians. 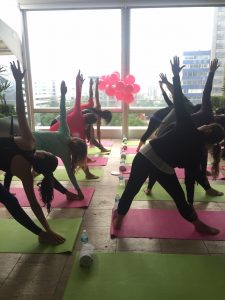 The St. Regis Mexico City hosts yoga classes with skyline views and the bartenders mix up breakfast fruit smoothies including one with orange, papaya, agave honey and oatmeal. 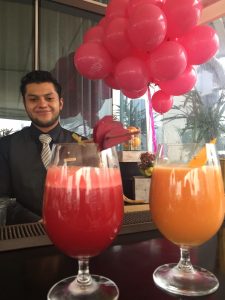 Quinoa salad with dried mango chips and an avocado topped pizza are popular menu items at the hotel’s JG Grill. 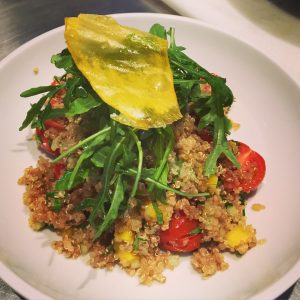 “Many people who travel a lot like to take care of themselves,” said Manuel Aceves, a St. Regis Mexico City dining manager. 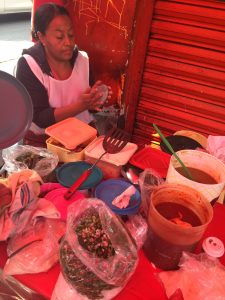 On the streets there’s healthy fare to find, too. A day spent with Eat Mexico Culinary Tours led our group to a woman on a street corner shaping and cooking blue corn tortillas filled with huitlocoche (corn fungus) and to a tiny shop specializing in Pavos (turkey) Tortas (sandwiches) made with roast turkey, avocado and chipotle salsa. 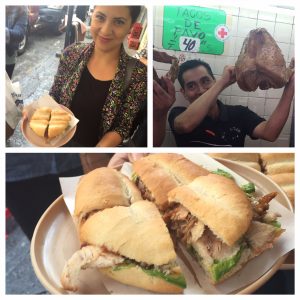 Mexico City Fast Facts
· As the country’s premier tourism destination, Mexico City welcomes more than 12.5 million visitors a year.
· An easily accessible destination, more than 150 direct flights travel to Mexico City each day from international locations.
· A vibrant, contemporary culture that combines modern, colonial and pre-Hispanic influences dating back to 1325, Mexico City is a thriving metropolis and the heart of Mexico’s business, arts, culture and education industries, offering a multitude of rich experiences for visitors of varying interests.
· Home to some of the most critically-acclaimed chefs globally, Mexico City is enjoying a culinary renaissance. In fact, Mexican gastronomy is the only cuisine in the world that has been recognized by UNESCO’s cultural heritage list.
· Visitors will find that the culinary scene offers everything from elegant fine dining experiences to casual cantinas and food carts.
· Mexican cuisine is not the only kind of gastronomy that you can find in Mexico City. It is an epicurean melting pot with both traditional and modern cuisines from around the world, reflecting the country’s bounty of natural ingredients and a fusion of many cultures.
· The hometown of art legends Diego Rivera and Frida Kahlo, Mexico City boasts more than 150 museums, 100 contemporary local art galleries and 30 distinct architectural and historic sites telling the story of its ancient origins.

About
Carolyn O'Neil
Award-winning food journalist, blogger, nutrition communications consultant, television personality and registered dietitian nutritionist, CAROLYN O'NEIL MS RDN LD, believes “The More You Know, The More You Can Eat!” Carolyn supports Delta Air Lines as the company’s registered dietitian nutritionist. Carolyn is the author of Southern Living’s best selling The Slim Down South Cookbook: Eating Well and Living Healthy in the Land of Biscuits and Bacon and co-author of The Dish on Eating Healthy and Being Fabulous! winner “Best Health and Nutrition Book” at the World Food Media awards. Carolyn writes for the numerous publications including Atlanta Journal-Constitution, WebMD Magazine, Modern Luxury Magazines, Atlanta Homes & Lifestyles Magazine, VIE Magazine, and Best Self Magazine. She is a contributor to Thrive Global.com. An award-winning television journalist, Carolyn is seen regularly on NBC Atlanta & Company with food and nutrition-focused cooking segments. She can also be seen as “The Lady of the Refrigerator” TV nutrition expert on Alton Brown’s Good Eats and Good Eats Reloaded on Food Network wearing a tiara and pale blue ball gown. Carolyn has earned three James Beard Foundation Awards, including Who’s Who in Food & Beverage in America. She has been honored by the National Restaurant Association, the American Heart Association, the American Society for Nutrition and the Academy of Nutrition and Dietetics for her pioneering work in nutrition communications. Carolyn was a correspondent and anchor at CNN for nearly 20 years, launching the network’s coverage of food and nutrition. Her master’s degree in Nutrition and Communication is from Boston University and an undergraduate degree in Foods and Nutrition is from Florida State University. Carolyn lives in Atlanta. Follow her on Instagram @carolynoneil
Related Posts
Copyright All Rights Reserved © 2019 - The Happy Healthy Kitchen | Hosted & managed by Omni-Solutions Technology Consultants | theme by: Tomorrow Pictures Inc.
Contact Us

We're not around right now. But you can send us an email and we'll get back to you, asap. We promise!!